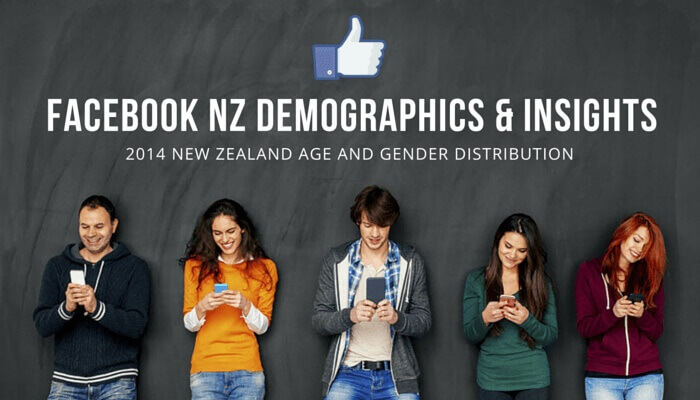 This post on Facebook NZ demographics originally published in 2009, has been one of our most popular posts over the past 5 years, so we have decided to update it with 2014 data and make a comparison.

So, what happened 5 years later? How many Kiwis are on Facebook now and which age group has been growing the most over the last 5 years?

Read on and find out more…

Or jump to the post from 2009 by clicking here: Facebook New Zealand Demographics – Age Distribution and Gender Statistics 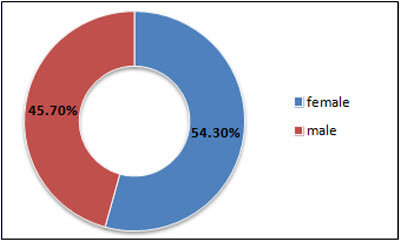 Proportion of age groups in 2014 (socialbakers.com) 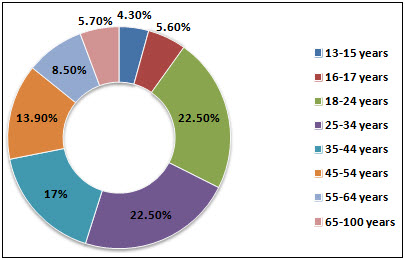 We took our data from Alexa.com and found out that in the New Zealand country ranking, Facebook ranks on third position now, behind google.co.nz and google.com. Trademe.co.nz fell back to the fifth position, and YouTube is now on fourth position. 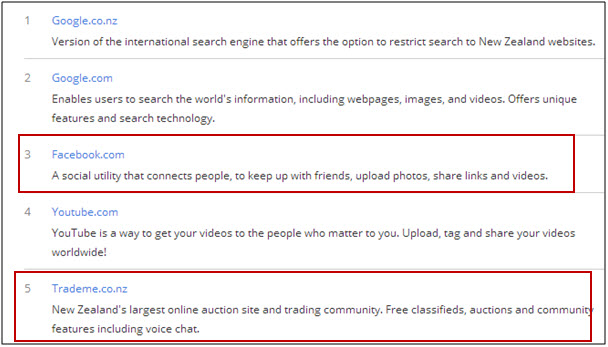 Next, we want to take a look at the Facebook advertising tool, to find out more about Facebook demographics and how many Kiwis can be reached by Facebook.

Key insights on the Facebook NZ Demographics data in 2014

Interestingly, the male vs. female ratio in 2014 is quite similar to the one in 2009. With the major difference that for the group aged 20-24 years, there is a greater percentage of male Facebook users than females.

In the age group from 25 to 29 years the male/female ratio is nearly evenly high. Moreover we can see that as age increased, so does the percentage of females – with more than 60% of Facebook users aged between 60-64 years being female. 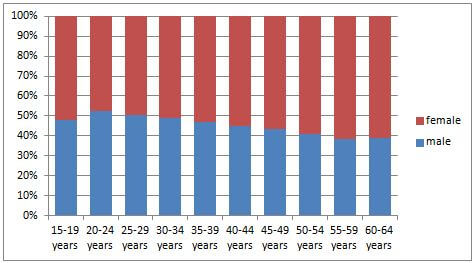 % of each gender on Facebook, by age range (% of those who stated a gender)

We discovered that an accurate picture of Facebook users cannot be drawn, as it seems that some users have more than one Facebook account (we see in the chart below there are more than 140% Facebook accounts compared of the male population in the 18-24 year old age group). Is this multiple accounts? Is this a younger male audience ‘pretending’ to be older?

Although it is difficult to conclude anything specific about the distribution of users on Facebook we can see clear tendencies for the different age groups. The highest proportion of people using Facebook is in the age group from 20-24 years.

Interestingly the male proportion is higher in the age groups from 15-19, 20-24 and 25-29 than the female one and is afterwards dropping below the female one. In the age group from 60-64, only around 30% of male Kiwis are on Facebook, being far less than females with around 47%.

What we found interesting also, is the appearance of the distribution curve in 2009 and 2014. The 2014 curve is not as pronounced towards the younger audience and has more rather linear distribution across the age groups.

Estimated percentage of the NZ population on Facebook, at each age range, for each gender and total for 2014.

With an increase in the numbers of people with Facebook accounts, audience targeting options for Facebook ads have also increased.

For example, targeting on behalf of interests, behaviours and connections is now also possible. Moreover Facebook offers a “More Demographics” section which enables to refine targeting (Unfortunately quite a few options are just available in the US).

We also wanted to take a look at the Potential Reach for different age groups on Facebook. Simplified, the potential reach tells us, how many people we can show our ad to. 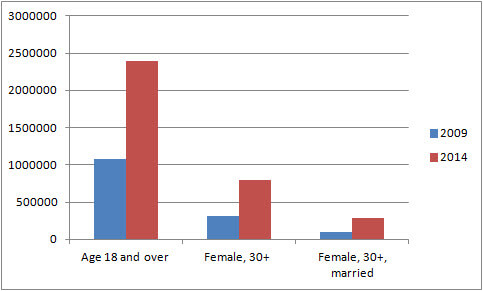 As seen Facebook remains a strong community for New Zealanders, and because of its reach, it can be a very effective way for online advertising.

We have seen that Facebook has increased its numbers of users significantly over the last 5 years. Advertising on Facebook can be very beneficial as the target group can be narrowed down to a very specific level.

If you want to get started in using this powerful platform in reaching your target audience or want to optimise your existing Facebook ad campaigns, send us a message or give us a call at +64 9 9201740.

P.S. Want an update? Check out the 2015 Facebook demographics and usage statistics here.

A couple of weeks ago we posted on New Zealand Facebook Statistics, in particular we reported:

And also, now that Facebook is the most popular site in NZ (aside from Google), what percentage of the NZ population is on Facebook now, and how does that change for each age range?

By the way, in case you haven’t heard, Facebook overtook TradeMe in July as the most popular destination site for New Zealanders – here’s a graph from Google Trends for websites.

If you want to know what the other most popular sites in NZ are, here’s the Top 100 according to Alexa and the top 20 according to Hitwise.

Graph of visits to Trademe and Facebook (New Zealand visitors only)

Let’s use the demographic information from the Facebook advert tool to understand New Zealand’s Facebook demographics a bit better.

The gender gap is strongest for older users

% of each gender on Facebook, by age range (% of those who stated a gender)

A famous quote about Tolkien’s The Lord of Rings is that the world is divided into two types of people, those who have read it, and those who are going to read it.

Estimated percentage of the NZ population on Facebook, at each age range, for each gender and total.

Of course this is just an estimate, and in particular there is no guarantee that the number of users reported by Facebook is indeed correct. But given the popularity of Facebook in New Zealand, it can’t be too far wrong.

Facebook allows advertising on a cost-per-click basis as we illustrated last time. And these adverts can be targeted by age, city, gender, education, relationship status and keyword, allowing very strong demographic targeting. The advert tool has these options for the advert targeting:

Estimated total number of people in NZ on Facebook

Estimated number of women over 30 in NZ on Facebook

Estimated number of married women over 30 in NZ on Facebook

Plenty of other blogs have used the same trick to get useful insights about the demographics on Facebook. Here are a selection of some of the best:

If you want to try an advertising medium that will reach a very high proportion of New Zealanders, then Facebook should be your second choice after Google Adwords.