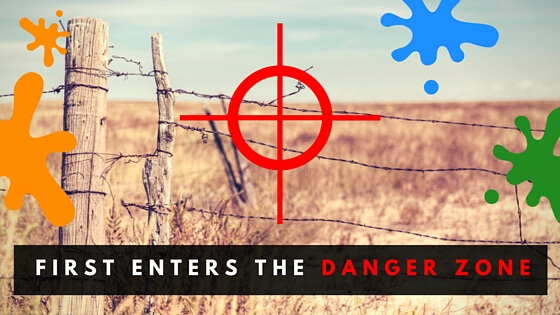 Here at FIRST, we just love getting our hearts pumping! We did the zombie invasion experience at Escape Masters last August, and now we’re back for another adrenaline filled adventure activity. Last weekend, we headed to Lock ‘N Load Paintball park and decided to shoot each other for fun. 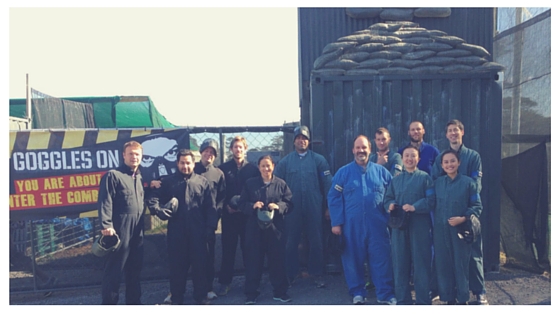 Thankfully the NZ weather forecast was spot on and we had a nice sunny weather last Saturday. Right after the briefing by the referee, we geared up and divided ourselves into two teams. Done outdoors, we did a series of games in different fields- Dawn of the Dead, “Deadwood” Western Town, “Mad Max” Urban Wasteland, “D Day Landing” WW2, “Area 51” UFO Crash Site and Barrel Field. Our goal was either to shoot every single member of the enemy team or retrieve the flag. I think we enjoyed the former goal more. We enjoyed it so much that even members of the same team were shooting each other towards the end of the game. Both teams had wins and losses from the series of the games. But no one was declared the winner at the end as most of us kept violating the rules such as – don’t shoot your own team mate or don’t shoot when the person has surrendered. All good clean fun 🙂 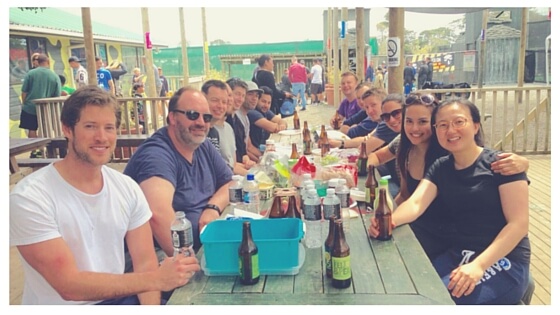 Bruised up but with big smiles on our faces (from shooting each other), we ended the game after two hours and devoured all the food in sight. It was another fun filled activity for the team. Would definitely come back for more!